It wasn’t that long along that the idea of video calling was revolutionary, something of the future sort of like what we saw on the Jetson’s, what with the flying cars and all.  But behold, the future is upon us, for in our very reachable midst are smart phones, smart tvs, smart tablets, smart watches… heck, even some luggage is “smart.”  I admit I still don’t know what that even means.  And possibly among the most intriguing of these devices might be the smart watch, a device that looks and acts like a watch, but does so much more!  Now, everyone can be a James Bond-type secret agent!

I confess that when Apple first introduced the smart watch in 2015, I didn’t fully understand the necessity of it.  After all, we had smart phones and tablets in our possessions.  Why was the idea of a “smart watch” even warranted?  I remember as I strolled through the hallways of the school of which I was assistant director, listening and seeing my clerk do her best to send and receive messages from her wrist.  Just when she thought no body was looking, she’d bring her wrist to her mouth and whisper something into it.  I suppose it was her way of still claiming some sort of connection to her social world when she wasn’t to have her cell phone in her possession while on the clock.  Was that why this device was so appealing?  Could it create a way for us to still be attached to our phones when our phones were not to be used?  Or perhaps, it created for us the ability to separate from our cellular devices, choosing instead to leave them behind for something even more portable, something we could simply wear around our wrist.  The sneakiness and pure genius of it all!  A smart device hiding in plain sight!

But I am not one to get geeked about new gadgets, pun not intended.   It seems that devices are constantly being released, switched up, improved upon, or updated.  It can be overwhelming, and expensive, to keep up with it all.  But thanks to my husband, and some common curiosity, I found myself falling in love with the idea of the smart watch… for my children.

The two oldest struggle mostly with independent tasks and following routine.  I often find myself reminding them of their morning tasks… every… single… day.  It’s exhausting, albeit it necessary.  For my son, it’s one of the ways his Autism manifests itself.  It’s in his IEP that he needs constant reminders and check-ins to ensure he is staying on task.  He’s a forgetful one.  For my daughter, its the overwhelming-ness of having even just a little responsibility.  While she enjoys reminding others of what they need to do, her ADHD rears its ugly head when trying to manage her own behaviors and responses to expectations.  She becomes overwhelmed easily which is when she forgets to complete a task.  Now that they are school-aged, are involved in extra-curricular activities, have homework, and their workload is getting a bit more complicated and challenging with each school trimester, my husband and I understand how important it is for them to take more responsibility not only at school, but also around the house.  A strong adult is one who had chores as a child, don’t you know.  Fostering a sense of responsibility in children is critical to improving their self-esteem and encouraging a sense of independence and confidence.  And this is so important for children who have learning differences and special needs.

So how is the smart watch helpful in all of this?  First, we like the deceptiveness of it all.  I know it sounds sneaky, and its suppose to.  The kids understand that it’s a useful tool, but they also love the idea of having their own cool watch.  A watch that sort of functions like their tablets and like Mommy and Daddy’s phones.  There are games on it and apps for taking pictures, recording messages, and changing the clock face.  But one of my favorite features is the ability to manipulate the stop watch and timer feature.  Their smart watches give us the option for notifications by ringtone or by vibration, so for example, when our daughter, who has trouble with transitions, needs a reminder that in ten minutes, this activity will end and it’ll be time to move to another activity or class, the teacher or I have that option to set her timer for 10 minutes out, 5 minutes out, 3 minutes out and 1 minute out, with each timer silently going off as a vibration against her skin.  It’s a subtle reminder for her to start mentally preparing for that change.  It’s been awesome so far; in the time she’d had her watch, I find that I am not having to offer as many verbal reminders as much, which my vocal chords thank me for every day.

I also enjoy the calendar feature on the watch.  For my forgetful boy, he benefits from having reminders of the daily or weekly schedule in a place where it is accessible whenever he needs it.  He is still learning how to input information into the watch, which I still help him with, but he has really enjoyed the idea of retrieving the information whenever he needs it.

I know that too much screen time is not good for our kids.  In fact, the Davis children only really get a few hours of television during the school week, if that.  But having such portable devices for children can truly benefit them when used in conjunction with involved parenting.  The kids know to turn in their devices before bed so that they can be charged, and because I have a good relationship with their teachers, I am kept aware of when their watches are not being used appropriately.  Furthermore, not all smart watches need an internet connection.  The kids watches do not operate on a wi-fi signal or internet at all, so there is no worry about accidentally texting someone or accessing websites while they are in school.

In no way will these devices substitute for my husband’s or my responsibility as parents, but it is our hope that finding appropriate ways to use new technology as aids in our parenting will help promote a greater sense of self for our children, regardless of any limitations thrusted upon them, educational, medical, or otherwise.

Robin is a 30-something mom of 3 little mischievous, most loving rascals and wife to one of the best cartoon artists who doesn't know it yet. She is (secretly) planning to write a great American novel one day but for now, she works hard at the day job to pay the bills. She loves to run around in circles, eat carbs, read lots of books, and write anything and everything that creeps into her mind. She also loves fun music, fun movies, and holds an appreciation for the theater. ...writing in the third person is fun, too! View all posts by Robin 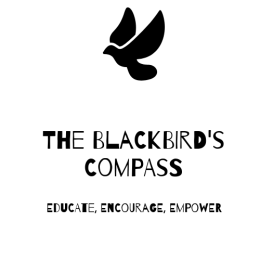 Join 114 other followers
Follow The Blackbird's Compass on WordPress.com